Big things have been afoot in Copperhead County lately, and I've just finished two projects that have occupied a lot of my time for the past couple of weeks.

First, I've completed a revamp of the county map. 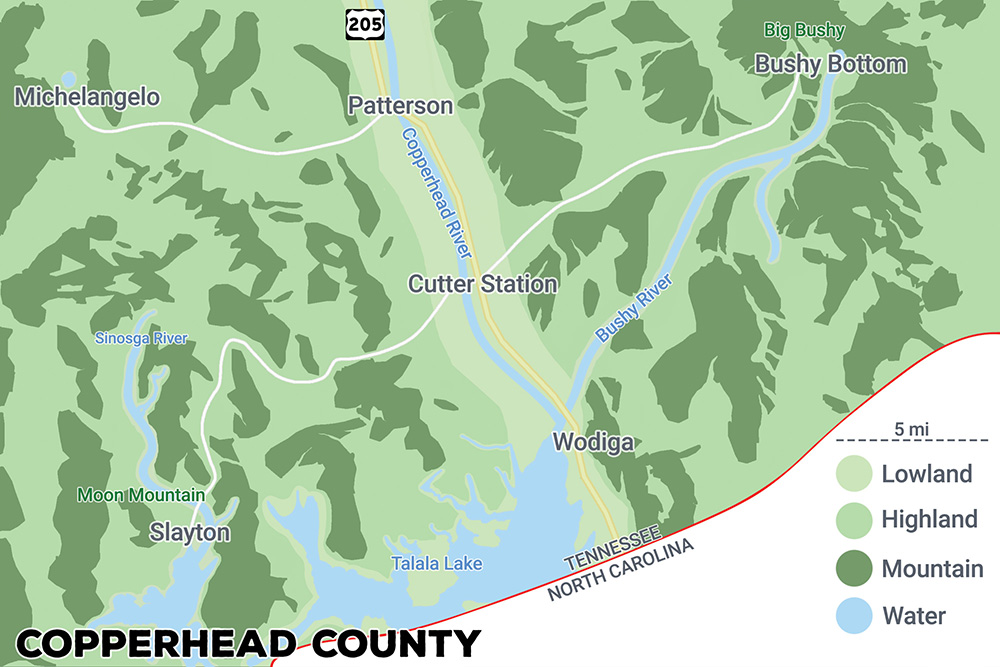 I've always wanted to revamp the map and finally sat down to do it. There were a couple of things I badly wanted to fix. The highway on the old map was kind of fucked up, and the mountains were never fully appropriate. The Smokies don't have bald, grey peaks; they have majestic, forested peaks! Working with the esteemed Adam Schwaninger, I fixed both of those issues and a bunch of other little stuff too. The map even has a legend and a size reference now! Wow!

I also redrew the city map, but I will probably be adding some more bells and whistles to it later. Both new maps can be found in the Maps.zip file with the game files.

Next, I finalized the list of factions in the game. I thought I had finished this in December, but I was wrong. I ended up cutting a lot of factions! Cut factions aren't gone forever, but have been downgraded from factions to just places and organizations and people which will be mentioned in the setting chapter, rather than in a full faction writeup.

Check out the updated faction tracker below. There may even be a couple of new names on it... 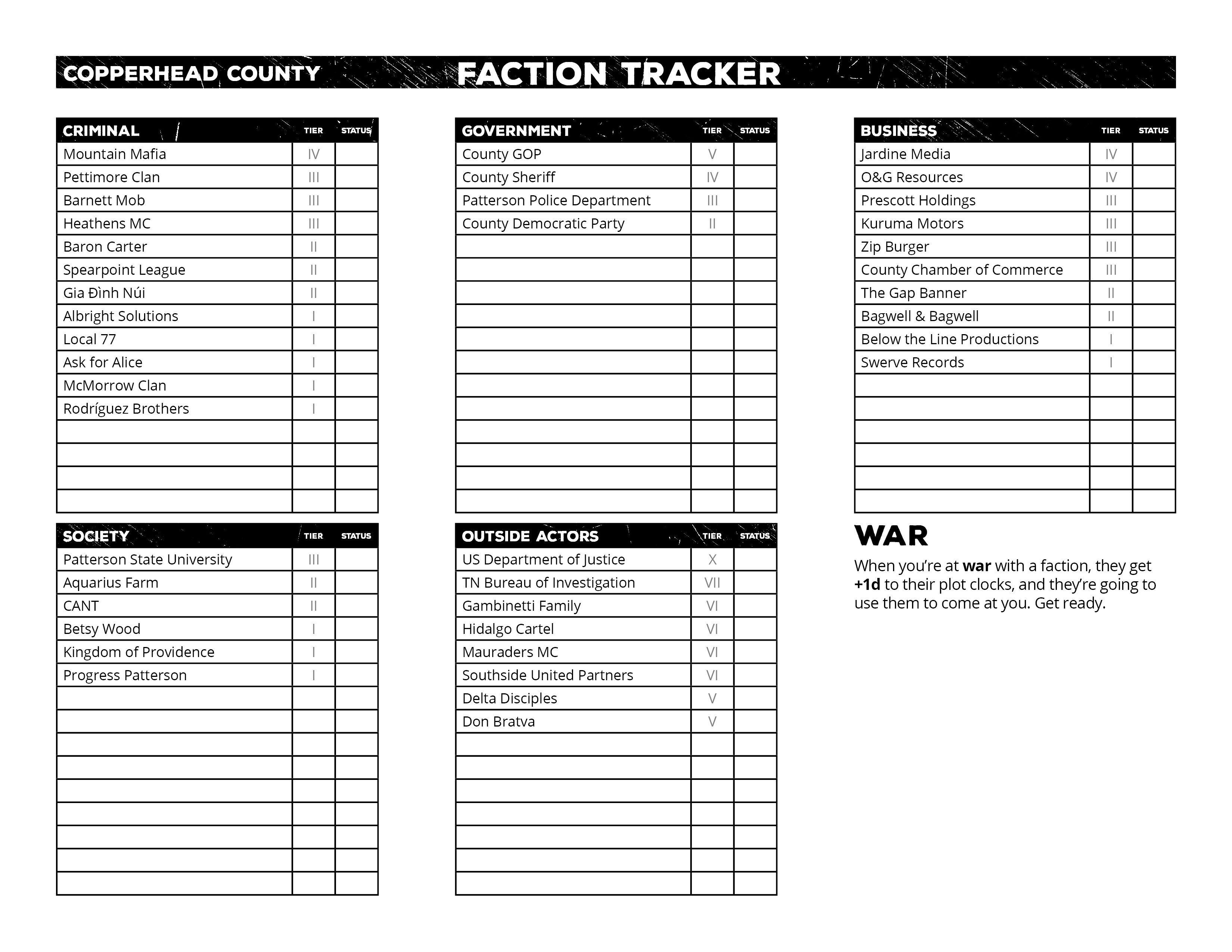 We now have a final list of 40 factions, including the mysterious and powerful Outside factions. Every single one of those will have a full writeup, and several of them have art.

Oh yeah, here's some more faction art previews, too. All of them were drawn, once again, by Adam Schwaninger. 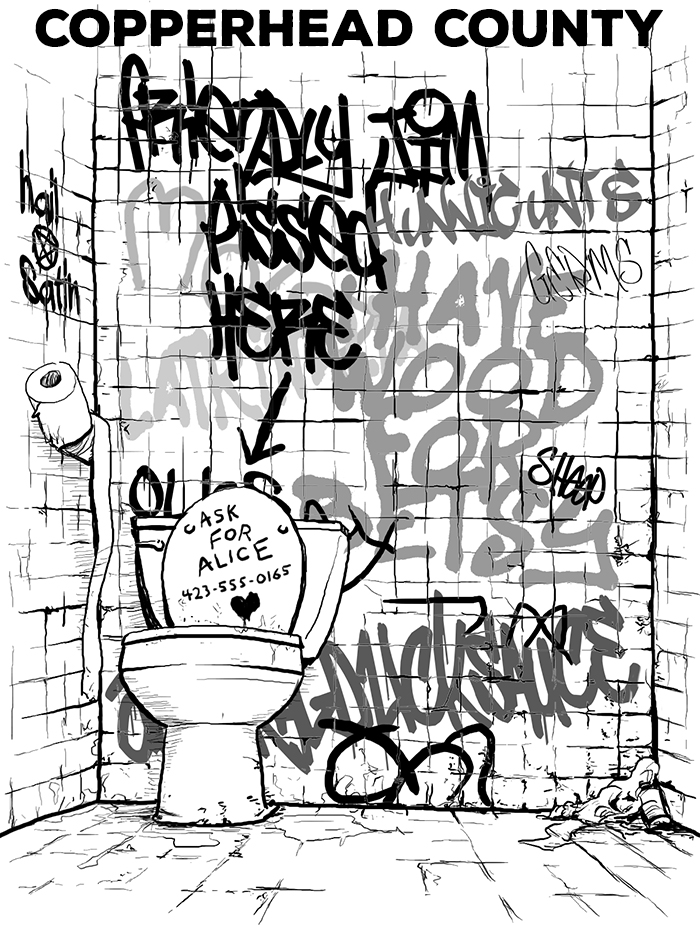 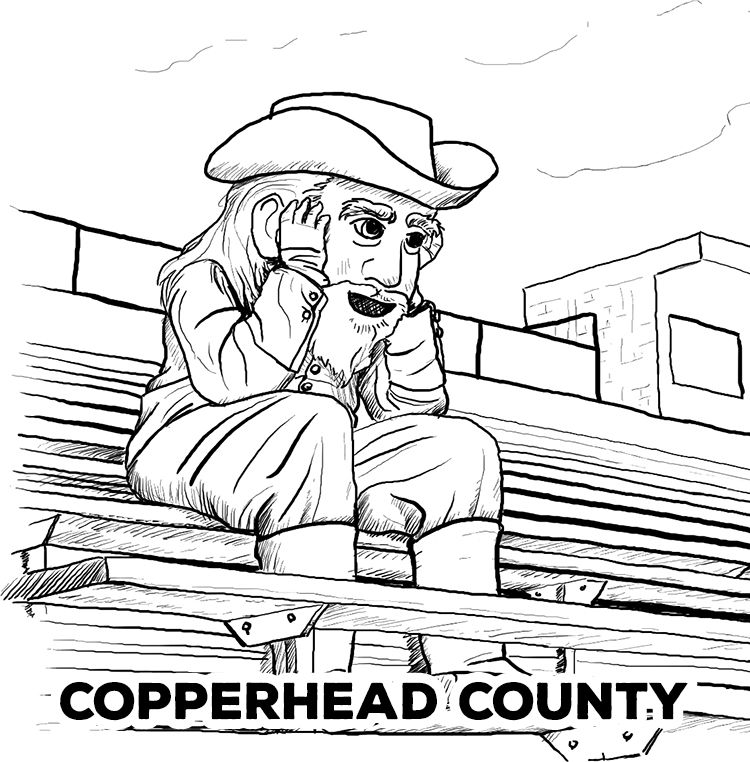 Your existence is worthwhile!

Your efforts are recognized!

Those new roads are nice! The smooth curves make them a lot more believable!

It's incredible what can happen when you learn anything about Photoshop!

now this is the kind of comment I wanna see!